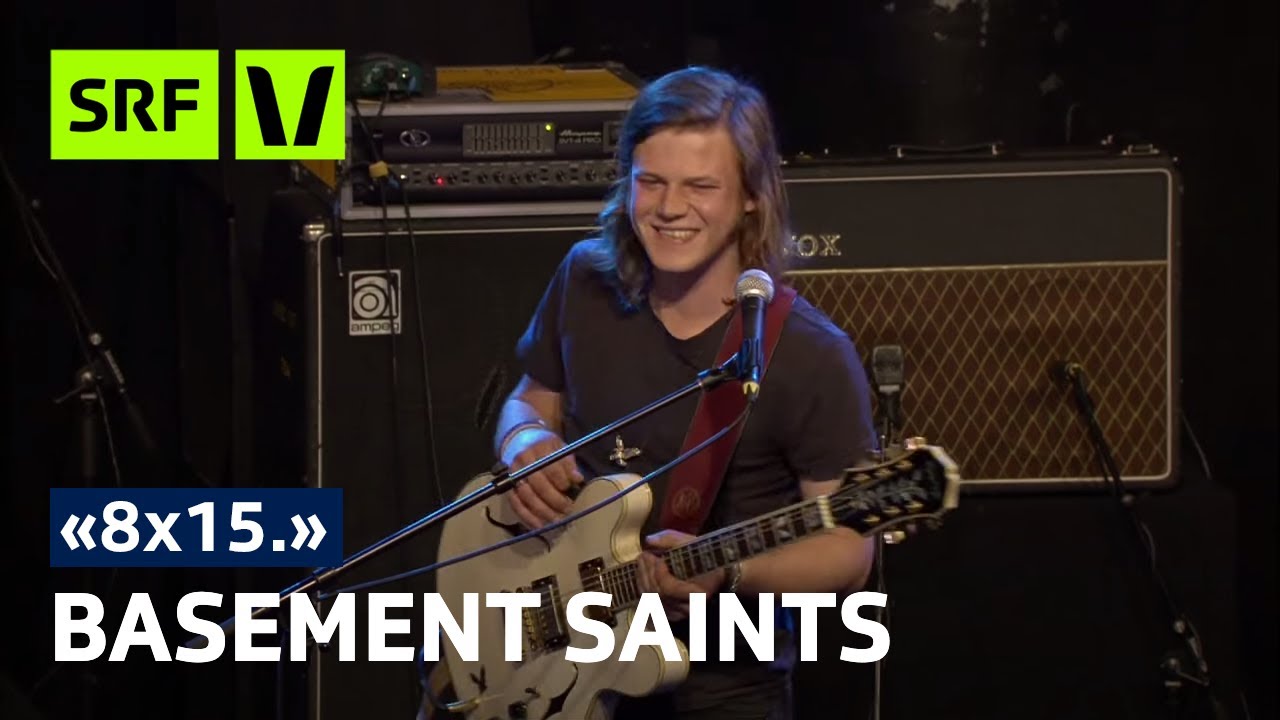 Basement Saints is a (Who the fuck cares about genres nowadays anyway?) 70’s style Rock band from Solothurn, Switzerland. A southern kind of bluesy folk and fuzzy riff rock… Hard to define really. A whole lotta voltage from two guitars, epic solos, energetic beats joined by a smokey-whiskey voice with critical lyricism and some ethereal ghost laying the basslines (Seriously, they don’t have a bass player, but you won’t notice if you’re there). They live life in the positive fast lane and produce music to share those vibes. Free spirited tracks to enjoy on the road, foot-stomp around the fire, or at best, lose your shit in front of the stage!

(Warning, you may not care about the following info, but if you do, good on you)

They recorded their EP “Free Souls” live on a single day. In February 2014 they filmed their first video clip independently with Sven Probst, founder of “Cutback Films”. They performed almost every weekend, playing shows in- and outside of Switzerland and even made it on Swiss television with a 15-minute live concert at one of the most famous venues in Switzerland: Kofmehl, Solothurn. (Fuckin aye!, a golden spoon-full of luck I say!) The Radio started playing their songs and every song on the EP was used in either Skateboard or Snowboard video clips. Hence came a sponsoring deal with Doodah, a skate-, snowboard and clothing franchise in Switzerland.

They landed a booking and management deal with Black Pike Favorites and have been on the road touring Spain, Germany, Netherlands, Czech Rep. and Switzerland with their first album. Then won a prize for the support of young talents in the city of Grenchen and successfully completed a crowd funding campaign to fund their first Album “Get Ready”, released on 1st of April 2016 by Wanted Men Recordings.

They recorded their self-financed second album “Bohemian Boogie” in July 2017 (Release 24th of November 2017) and are well on their way to chisel their name into the Rock history. They recorded in Wanted Men Studios with Sandro Lamparter, who also helped produce it.

Some crazy personal experiences attracted curiosity from television reporters and the humble trio explained, that everyone does these things, it’s not a rock ‘n’ roll cliché or due to long hair and all that jazz, but they do skateboard, ride motorcycles, camp in the woods and woe the ladies with a sympathetic charm of natural manly sporadic immaturity, hence commencing another R’n’R cliché.

Free Soul Rock ‘n’ Roll, the freedom is yours to interpret them and their music as you please. Rather a live band though…